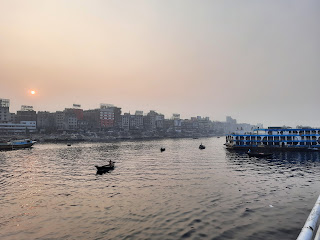 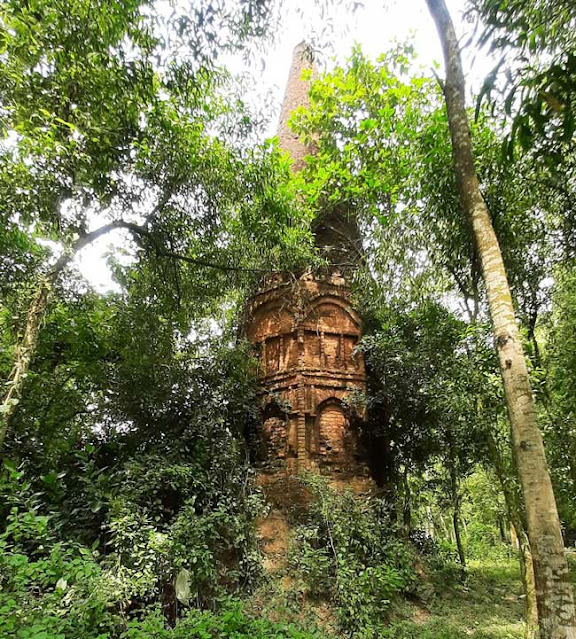 Dhananjay Math, one kind of memorial temple, is located in the village called Dhananjay of Panchthubi Union of Adarsh Sadar Upazila under Comilla District. The geo-coordinate of this ancient Math is 23°29'55.0"N 91°12'12.0"E (23.498600, 91.203340). Location map of Dhananjay Math ‍at Panchthubi in Cumilla District. Dhananjaya Math built on an octagonal ground plan. The Math is approximately 15 meters high from the plain. Each side of the octagonal math measures 1.5 meters. The math has an entrance on the south wall. The width of the entrance is 0.95 m and height 2.10 m. Lime mortar and thin brick was used to build the math. The outer walls without plaster of the math feature semi-circular arch designs with various geometric designs. The octagonal math gradually tapers up from the middle. Inner wall and Celling of Dhananjay Math ‍at Panchthubi. Relatively large bricks are used in the foundation of the math. The brick used in the temple foundation  measures 27 cm. × 24
Read more